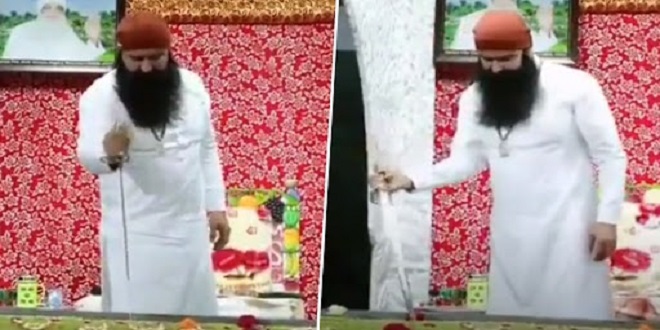 Baghpat: Sirsa-based Dera Sacha Sauda Chief Ram Rahim started making headlines as soon as he came out on parole. Ram Rahim cut the cake with a sword on Monday. The occasion was the birthday of Shah Satnam, the second saint of the Dera. Ram Rahim had handed over his throne to him. The video of cake cutting is from Barnawa Dera located in Baghpat. This video has gone viral.

Rape and murder convict Ram Rahim is serving a 20-year sentence in Rohtak’s Sunaria Jail. He is out on parole for the fourth time in the last 14 months. On January 21, he got parole for 40 days.

After coming out, Ram Rahim did online satsang for 5 hours. In this, the OSD of Haryana Chief Minister Manohar Lal Khattar, BJP’s MP-MLA also joined.

Said – after 5 years got a chance to celebrate like this

The video that has surfaced. Ram Rahim is saying in it that after 5 years he got the chance to celebrate like this. I need to cut at least 5 cakes. This is the first cake.

Rajya Sabha MP Krishna Panwar said that the first cleanliness campaign was launched in Panipat. I remember him. May your blessings be upon us. BJP leader from Sirsa Gobind Kanda said that I pray to God that your sufferings end soon. May Shri Krishna ji bring you to Sirsa soon.

The drama of Ram Rahim has started: Swati Maliwal

Delhi Women’s Commission Chairperson Swati Maliwal has taunted the Haryana government. Swati Maliwal tweeted, ‘The spectacle of rapist and bloody hypocrite Ram Rahim begins again, Haryana CM’s OSD and Rajya Sabha MP attend fake Baba’s court. Mr. Khattar, it will not work just by saying that you have nothing to do with it. Openly tell your stand whether it is with the rapist or with the women.

Share
Previous Preparation for Navjot Sidhu’s Grand Welcome: Welcome hoardings put up in Ludhiana, in which Punjab-Punjabi and protector of Punjabiyat
Next Suryakumar becomes ICC Men’s T20 Player of the Year: First Indian batsman to win this award 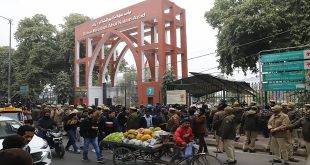 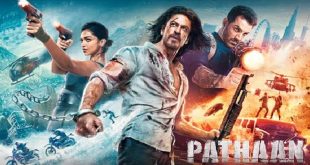 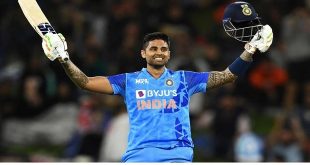 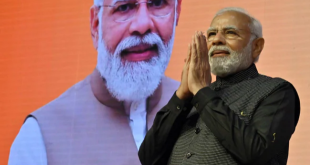